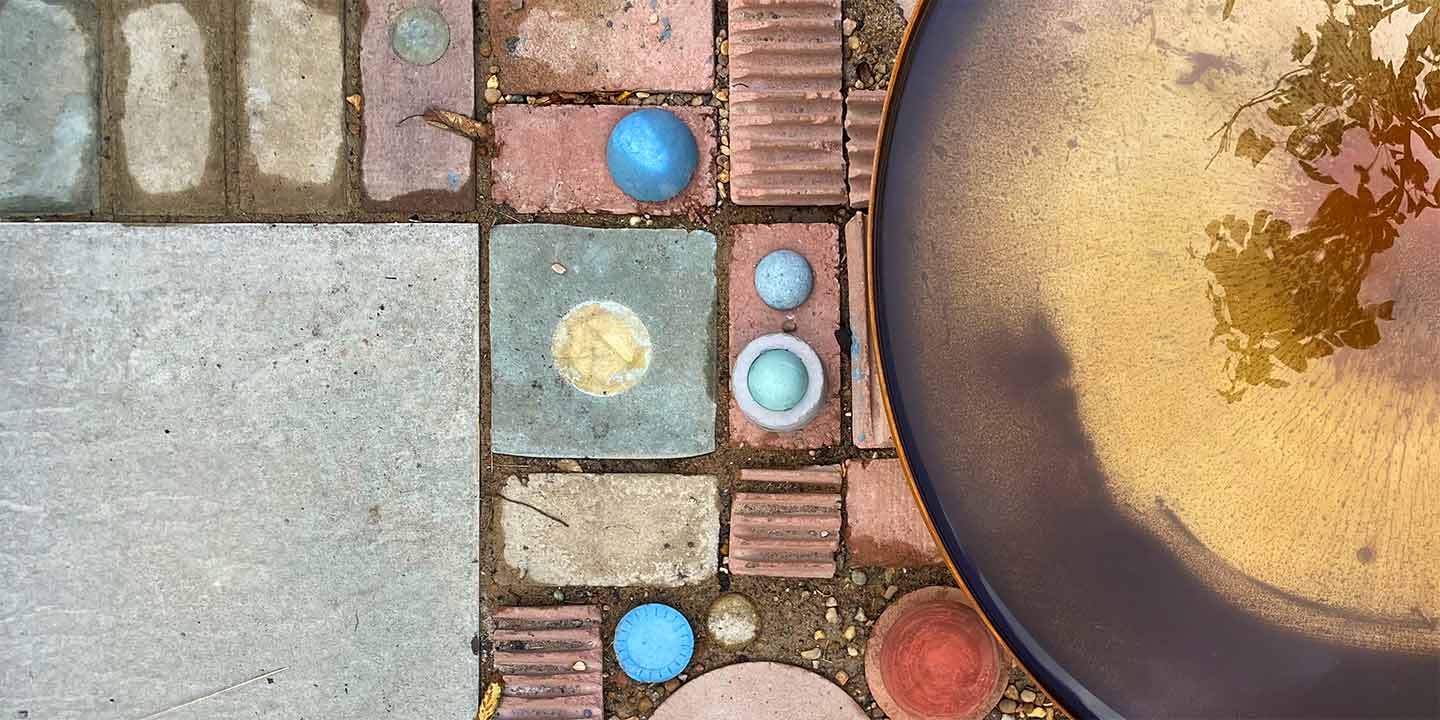 Over the past few weeks I've been building a patio and fountain and it's been both very hard work and very rewarding. I tried out the whole water system with the pump for the first time and it actually works, like, it works! I should be kinder on myself maybe but here's an actual thing made of actual stuff that you can walk around on and is outside in the rain and has functional things and it works, and I made it. Wow, basically.

I had to cut back the pear tree too because it's going mad and has so much fruit on it it was about to collapse. The previous owner had tied branches together with rubber cord, solving one problem but I think ultimately weakening the tree. I've cut back a lot of stuff while keeping the height and a nice shape to it (and I got rid of all the cord). I've a fatsia japonica that's outgrown its pot and I've ordered a bright bright leaved japanese maple with red stems so they'll be planted next to the pear to create a nice group.

Doing all this in the garden worries me that I'm going to damage things and drive away the wildlife. I've removed lawn which is monoculture, but there were a lot of things living in it even so. I hope the new things and all the pots and crevice planting between the pavers will help things (and there are still quite a few areas of grass around it). The garden is full of so much life it's wonderful just to sit there quietly and see it all going on. I think we even have some native black honeybees too.