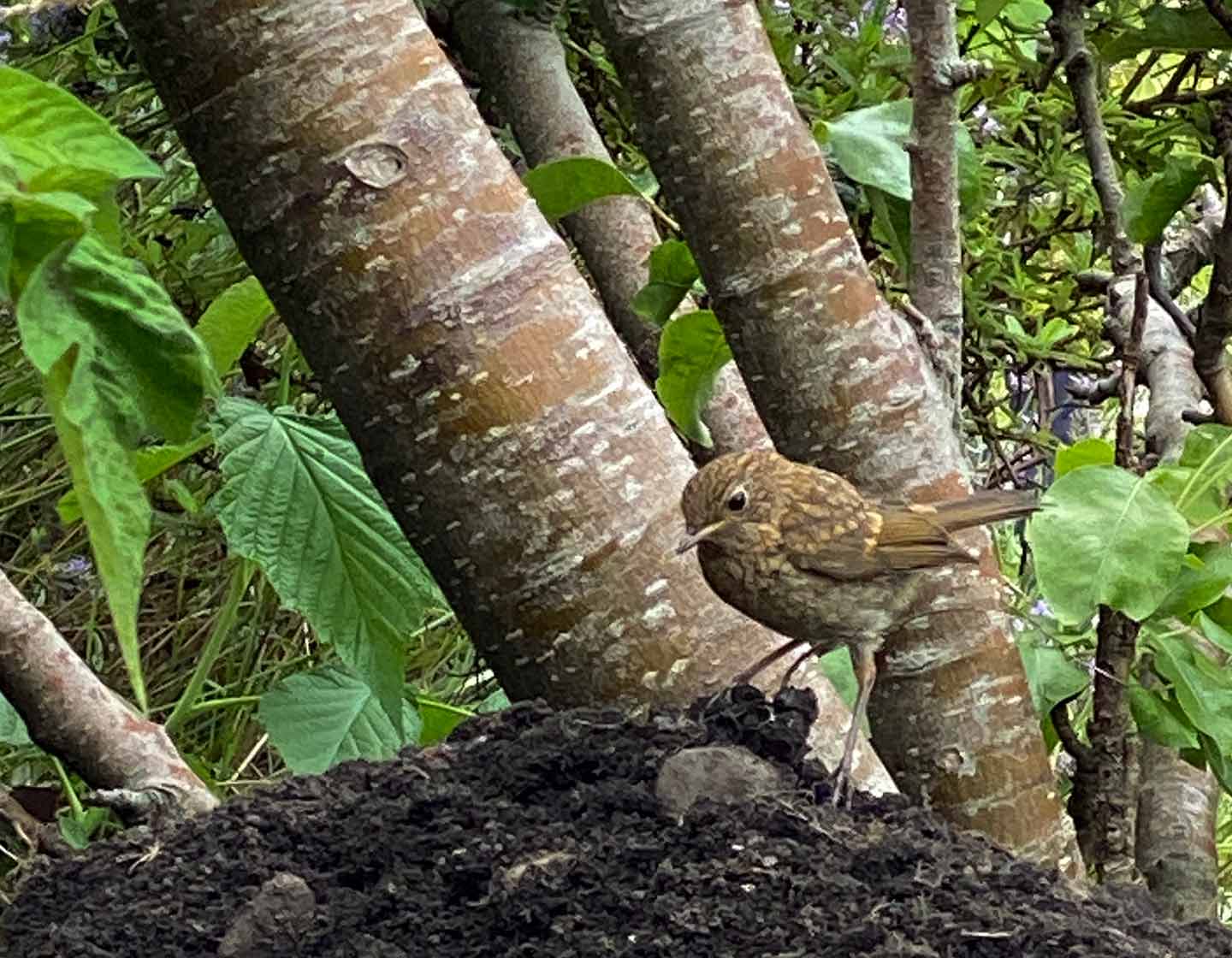 I’ve been working on the paved seating area plus water feature project all weekend. I’ve dug several big holes and removed a chunk of lawn. Getting rid of lawn is good, but the damage it does to the soil is appalling. I have to keep reminding myself that sometimes a hole needs to be dug and this isn’t tilling the soil or creating neat sterile flowerbeds. It still feels wrong though, so I’ll accept that I’ve done damage and what follows next should make things better than they were (no grass, more variety, an actual pond type thing). The birds were thrilled at the damage though, it was (and is) quite the bonanza for them.

Digging is hard though. I ache. My watch tells me I’ve done workouts worth over 3000 calories this weekend. I think it’s a lot more than that.

Sorting the actual water feature has turned into the project of endless dependencies. I’ve discovered I need to drill a hole in a tub and it’s bigger than the bits I’ve got and smaller than the hole cutter things I’ve got and here we go trying to figure out what damn thing will do the thing I want and ooh will it be in fractions of an inch or millimetres or some random scale like M4.5 or Z0moonbasefuckingalpha23. It’s just fucking tools, people, sort it out. Computer stuff is the same so I guess it’s one of those human condition things.

I got my hair cut! By someone else! It’s the first time I’ve actually been that close to someone other than my husband in months. It was a very strange experience, with all the screens up and face shields and whatnot, and still felt quite risky, though not as extremely risky it felt at the height of everything. We’ve been incredibly fortunate here not to have so many infections. In South Wales it seems to be about how near you are to the M4 motorway which ends (I guess) just far enough away from us.

I feel like I should write something about the end of the world that’s going on right now, but I don’t want to. Other people are doing plenty of that better than I could. Go and read their stuff if you want it.

As I write this I’ve been interrupted three times by stuff Apple think is more important than anything I want to use the computer for. Stop what you're doing and shut the computer down so something something security updates. It rarely seems to try when I’m not using the computer, and the rare moments it does there’s usually something unsaved somewhere or another app demanding attention about some new fucking feature it’s got that stops it happening. You’d think by now all apps would be able to handle an unsaved doc, but no. So it’s Try Again Tonight again and hope for the best I guess.

That isn’t a hornet. It’s a Hornet-Mimic Hoverfly. As you can see, it’s well named. It’s also huge, about 5cm long. It scared the shit out of me the other day when I was watering the garden and I was very glad to find out what it was. Crikey.