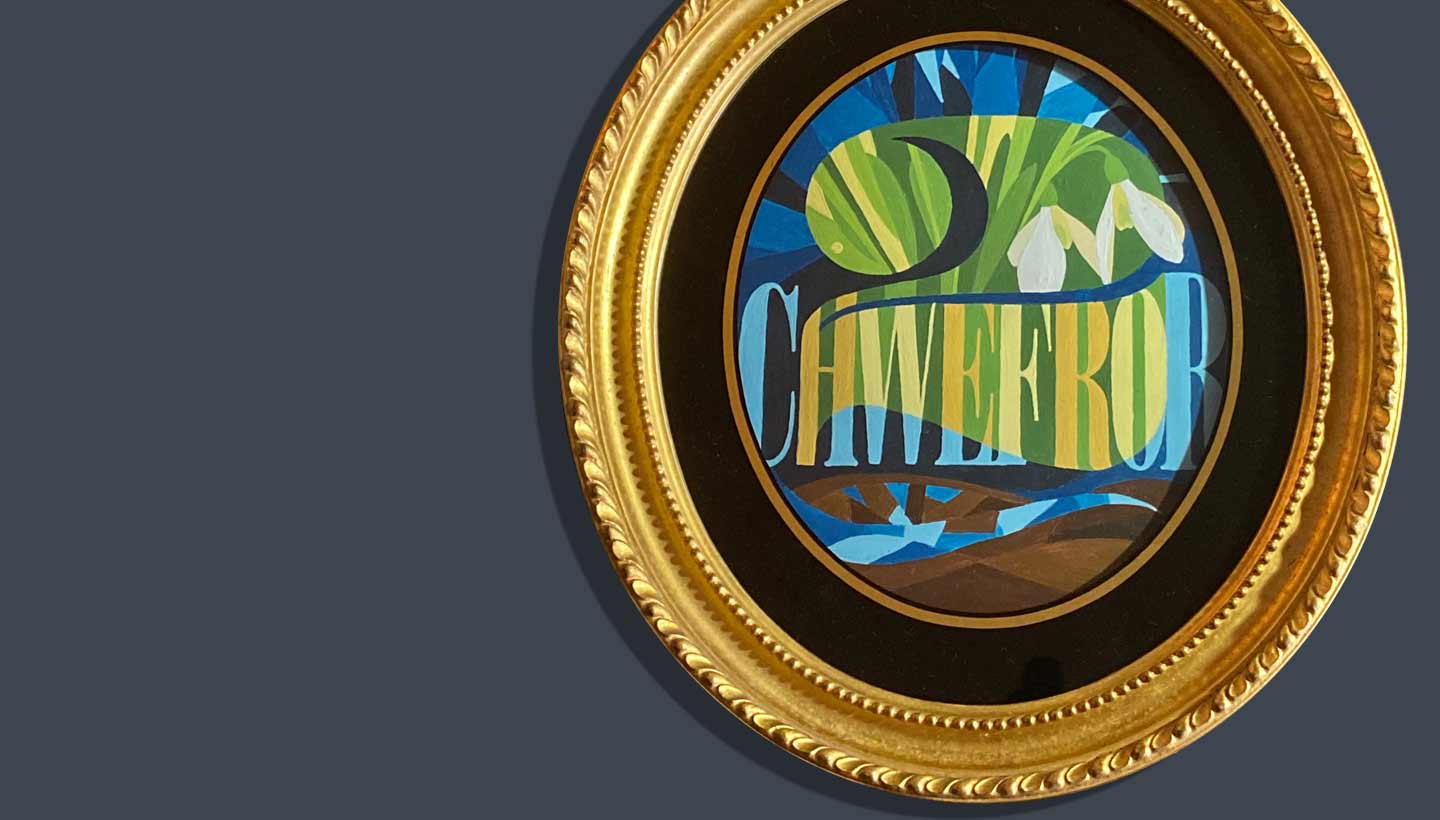 Painted months, Welsh in a Week, more Welsh in more weeks, Victoria and Albert as hoarders and an idea for defunct wind turbines.

I wrote quite a bit for the last two weeknotes and didn't finish them or publish them. Partly it's because I've got a new project and wanted to do that. It's the pic above. I bought some blingy gold frames to go on the wall of my workroom and want to fill them with stuff I've made. I've already made one thing out of ribbon in a really large frame, and for the small oval frame I want a depiction of the current month (in Welsh) with seasonally-appropriate flowers. It's been really fiddly to paint, but I just got February done today, on the first of March. Onwards!

I did a "Welsh in a Week" course which covers in one week the first five weeks of the 'usual' course. It was, as described, intensive and I lost my voice by the end of the second day so had to miss day three. I felt so rough. I realised I spoke more in the first two days than I would normally in a month. I did the final two days though and feel like I got a lot of value from it. Just having an idea of the basic structure of the language really helps. I'm not someone who learns languages 'grammar first', I have to have some working examples to play with first and not many courses give you that. This one does!

We watched a thing about the Victoria and Albert museum and their efforts to acquire and look after 'culturally important artefacts', like Extinction Rebellion flags, Mary Quant dresses and so on. They showed some of the stuff in their store rooms and I couldn't help but think every hoarder in the world is an absolute fucking amateur, a mere Sunday-afternoon hobbyist compared to these people. I'm glad they're doing it though.

Kottke posted this thing about how wind turbine blades are being sent to landfill because they're too hard to break down for materials and no one knows what to do with them. I have an idea! Why don't we plant them in the ground upright as wind breaks? They're designed to deal with air, and we have many horribly windy city streets and vulnerable places near the coast. They'd also look cool, like the skeletons of prehistoric monsters sticking out of the landscape.