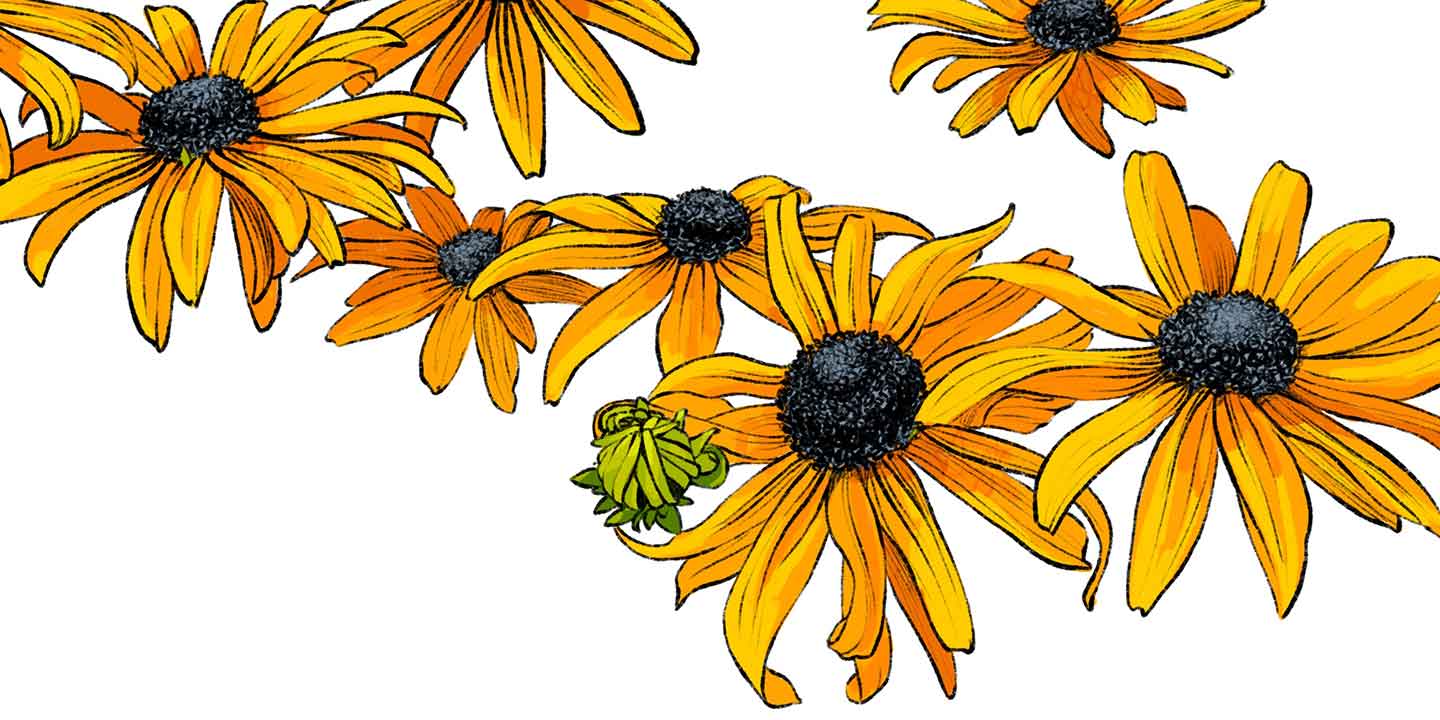 I've tried a fair few seeds in the garden, most just disappear and nothing shows up, but now and again something takes. The Californian Poppies have taken over a corner and I'd been wondering what this other one was with really dark leaves. It's finally flowered and it turns out it's a Black-Eyed Susan. Yay! I mean, yay at it growing and being beautiful, but who the hell was Susan and what happened to her eye? History doesn't relate (and the John Gay poem doesn't really help matters).

In non-gardening life, I tried making soy milk. It seems to have worked, and we have some okara I'm trying to make biscuits out of. Recipes disagree on whether to cook the beans first or just soak them for ages and cook the milk after. I tried the cook-first one, I'll do the other next time. Hard to say what'll work. Also (not related to this) bloody American recipes and their cups. I have a good set of cup measures but it seems so variable.

We had our first tomato harvest! Yay! I think they're called Golden Delight or something but they're quite tasty. We've some Roma ones ripening now, though all the plants look a bit frazzled. Next year we'll build a trough to grow them in, I think the pots just got too hot and didn't have enough volume to protect the roots.

I got one of the last copies of FontShop's FontBook (woo CamelCase-arama). Erik Spiekermann said he had some left for sale and so I finally got one. They used to be very expensive, the sort of thing the design studio you worked in would buy and have on a shelf (while everyone looked at the website instead) so they feel like one of those things that made up your work environment. Now it's an artefact of a time gone by, doubly so with font websites being more useful and (sadly) with FontShop itself eaten and digested by Monotype (and now swallowed by venture capital).

Inktober is coming up! I'm looking forward to that. I'm thinking I won't use any digital drawing tools this year, just as an added challenge. Maybe. Maybe not.

The elephant hawk moth caterpillar got killed by something. There was a local cat toying with it on the path, but it might have just discovered the body. Who knows. It's a moth murder mystery.