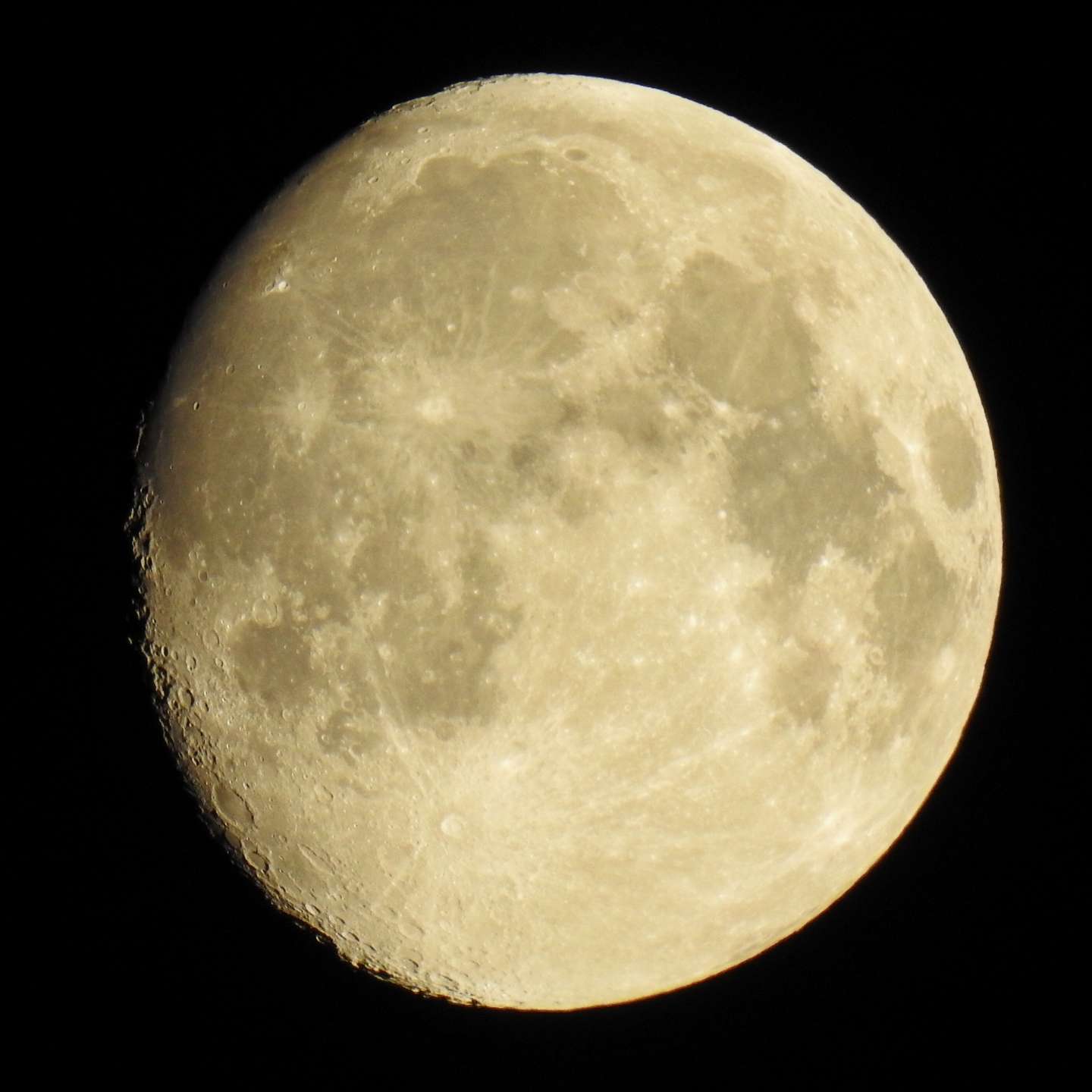 One of the first cameras I ever owned was an Olympus C8080 with a 5× zoom lens in it which I thought was magic. I used to run a photoblog and most of the later images on there were taken with it. It was ace. I have an SLR now and my iPhone, both of which are great, but I still like a bit of zoomy prosumer action. I can't remember who (can't find the tweet) but someone tweeted a link to a video taken on a Nikon P900 zooming in on the moon. 83× zoom! And staying sharp! Bloody amazing.

So yes, that pic of the moon above was taken last night at full zoom, hand held. I cropped it to a square roughly 3000 pixels, and it's been resized for upload.